Keep checking back as we add to our collection.

Written by Joel Lisemby.  Featuring Jamie Lisemby on vocals and lead guitar.  2018 recording, "In My Room"

"IT'S A BEAUTIFUL DAY"

Written by Joel Lisemby.  Sung by Joy Lisemby.  2018 recording "In My Room"

"Do You Wanna Go To Heaven"

The Lisembys in Revival at Cook Baptist Church - Ruston, LA

"Where Angels Fear to Tread"

Melody and Mercy present this message beautifully in song.

"Are You Afraid To Die"

A song about an important question that everyone needs to ask themselves.

"I'd Rather Have Jesus"

A beautiful rendition sung by Mrs. Sue, accompanied by the family on violins and viola.

"Jesus Paid It All"

The third generation of the Lisemby Family did an amazing job on this arrangement of this classic hymn.

"How Great Thou Art"

Mr. Don does a beautiful job on this song.

"Open The Eyes Of My Heart"

A beautiful praise and worship song sung by the girls.

An original song written and sung by Melody Lisemby

"I Must Tell Jesus"

An original song written by Joel Lisemby and sung by Joy Lisemby.

Another great original song written by Joel Lisemby in honor of his daughters being saved at early ages.

The Lisembys at Haynesville, LA - December, 2011

Third Generation of The Lisembys singing in August, 2008

The Lisemby Family - August, 2008  singing an original song - "I Can Call Him Friend"

​The Lisemby Family - 2007 - Youth Crusade in Hampton, AR  singing "Are You In the Battle"

Kristen Lisemby singing an original song written by Joel Lisemby challenging us to fight this battle we are in.

​​Music video to the original song written many years ago by Mrs. Sue.  May the Lord bless you as you watch this beautiful video about a little who dreamed she went to Heaven, only to find out that her daddy wasn't there.

A Family reaching other families for christ 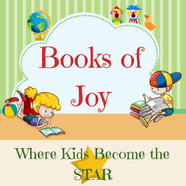